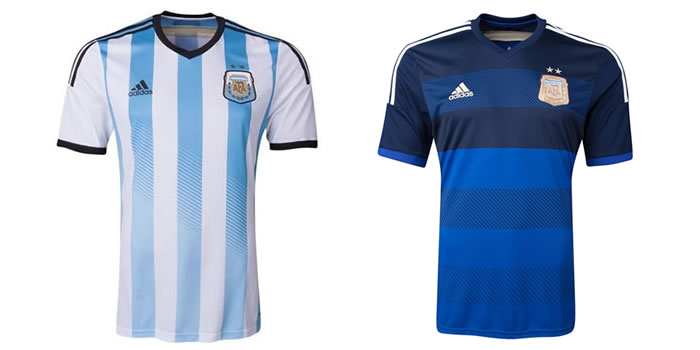 Argentina will be hoping to win the World Cup – in the back garden of their footballing neighbours Brazil.

The two times World champions will be hoping for the hat-trick. And they have form – the last two World Cup’s played in South and Central America were both won by Argentina.

Adidas are manufacturing their kit – one of the first World Cup kits to be unveiled back in November 2013.

Can Messi and co land the big one?

The latest Football Kits and Shirts from around the World